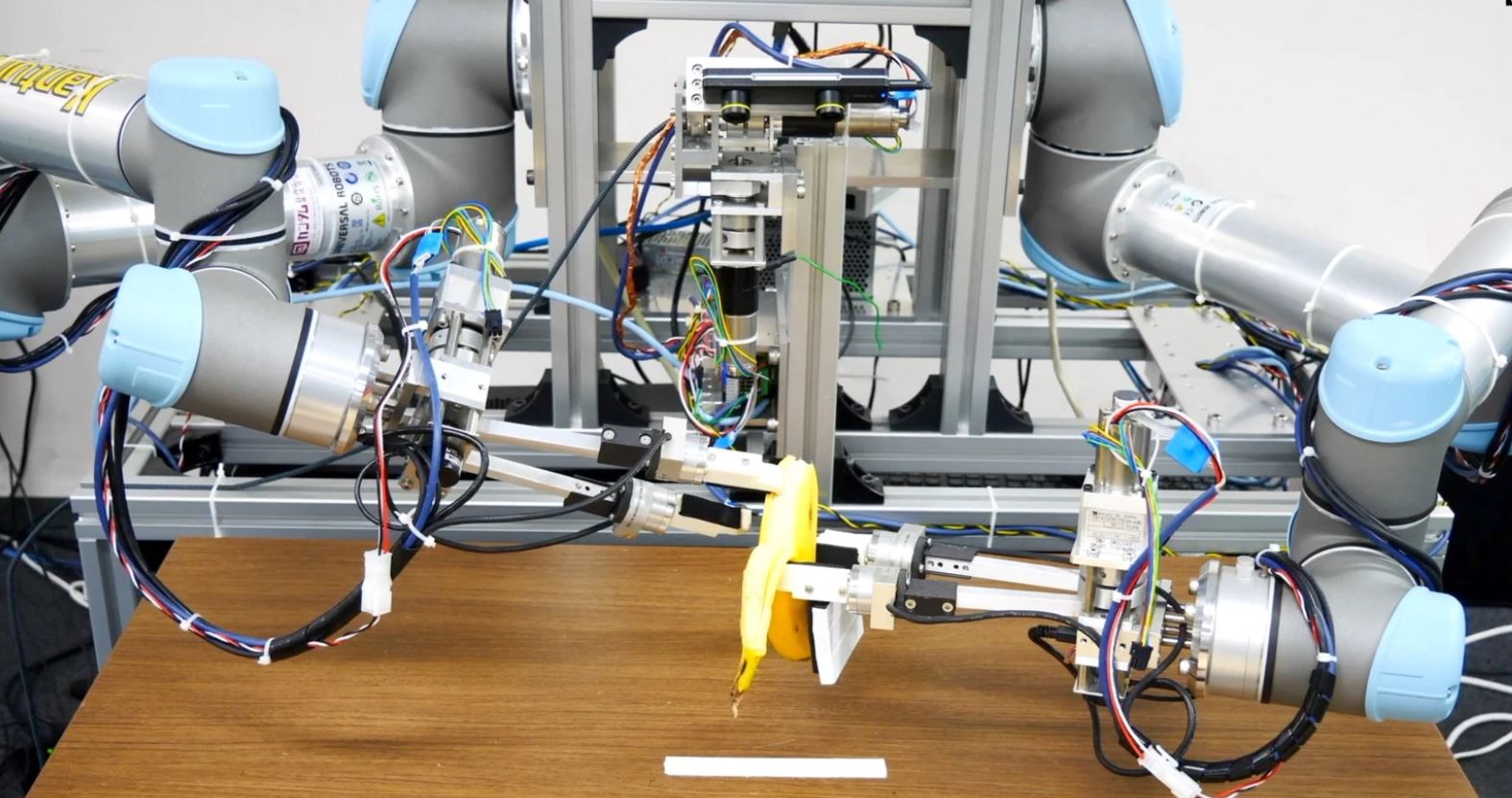 It is one of the latest inventions of the world which is released by Japanese researchers for peeling bananas. These robots are very much capable of peeling the bananas without crushing the fruit which is present inside the peel. Some of the robots are released which are having two arms and do the regular work perfectly. These robots have been added with the function of peeling the banana.

It is showing wonderful results since it has been released. It is overcoming the labor problem which Japan used to face. It is mostly used in food processing factories. These factories mostly have a demand for human workers.

As we know, it is a very tough job for the robot to peel the soft fruit without mashing it but it can be possibly known. Some of the algorithms are fitted in the mind through which robots can easily understand the function that they have to perform. Kim researchers have developed the machine learning system which is making the robot work with two arms and hands with fingers.

During the training, the peeling of the banana was divided into nine stages which is including picking the banana from the table, then peeling off it, and many more. Researchers firstly think about what the humans used to do while peeling the banana and then taught the robots according to that.

The main thing of the project was the process taken out for the peeling of the banana by humans and the same process is being taught to the robots by the researchers. Artificial intelligence has made it possible for powered robots to reach the kitchen and help in household work like frying chips, peeling bananas, and various other activities.

Some more robots have been released which can do multiple tasks at a particular time. Robots are very much useful when humans have to do various repeatable tasks at the same time. It has been becoming the latest trend of using robots for household work. Many countries are paying a huge amount for building robots for various purposes. These robots usually solve the problems of humans and make their work easier. These robots are very useful.

Go For Western Economy With These Pioneering