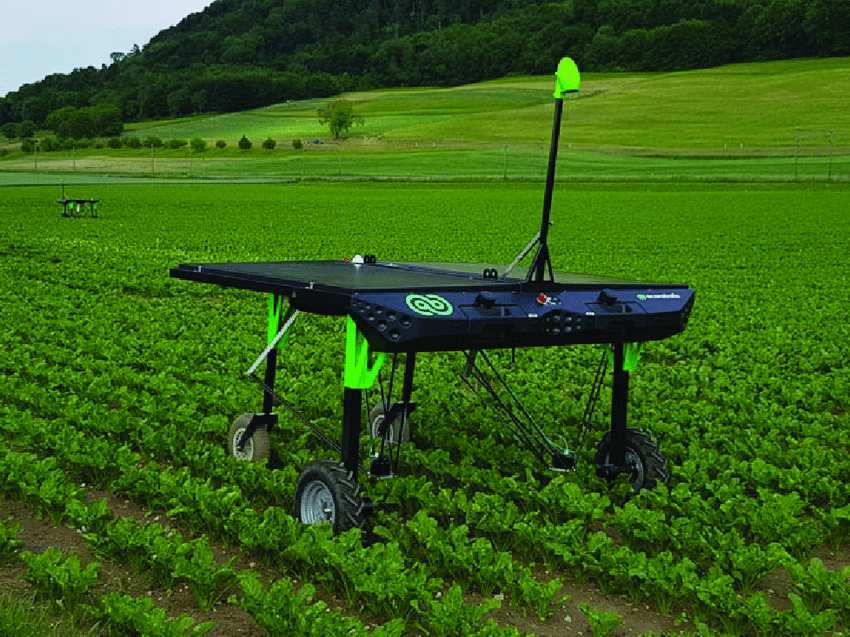 The upcoming time is the science and technology time. All the work would be done quickly and easily through machines or robots. No field would be left where there would not be any usage of technology or science machines and robots. As the day passes the new machines are released to make the work easier.

One of those is weed killer robots which are used in the field of agriculture. Agriculture is the spinal cord of every country. Firstly, the robots were made to kill the victims but now the technology is used in agriculture also.

Some information about the weed killer robots

Small robot company (SRC) is the company that brings weed killer robots in the agriculture field. The CEO of the company of SRC says that farming would completely change in the coming two decades. This robot will control the growth of weeds without using any chemicals or pesticides. This can take care of the 50 hectares field daily without any presence of the farmer at that place.

The technology used is RootWave which was the U.K. Company that funded this company for making this project. The weed killer robots are used to reduce the weed from the fields without using pesticides. It can be attached to the tractors. It is best for fruit crops.

Benefits for the soil

When this robot would be used the soil fertility would be raised and many food products can be grown in the particular field. When fertility would be raised then new technologies can be used and the health of the people who are eating the food items would not get any disease or any other health problems. The soil fertility increases then the land degradation would not be held. The biological process would be increased. The Ph of the soil would also be maintained. The crop yield and quality would also be increased. The robot will do the work more efficiently when the farmer is doing some work.

Why usage of pesticides should be avoided?

95% of the pesticides or the herbicides from the soil mix with the water bodies. When this water is directly coming to our homes through groundwater then it may cause many health issues. If the pesticides are not used then it would be very difficult for the farmer to recognize which type of weed is this. It does not mean that pesticides should be used. So, these types of robots are invented to reduce the usage of pesticides and maintain the fertility of the soil.

Some pesticides are used which can be very harmful to the farmers as they are using these pesticides to develop the country. Then the robots should be used in this case. For the last two decades, the farmers are trying their best to reduce the usage of pesticides so that no harmful effects to the environment should be there and the crop yield should be increased. But the farmers at that time do not have any solution to this problem. But now this problem has been solved by using these robots.

Many robots are introduced in the market for agricultural practices but they are all new for the people as they do not know about them at all. Some robots are designed to reduce pesticides by using artificial vision. One robot is used for spraying, weed reducing, and many more purposes. Robots are the best way to reduce the usage of pesticides in the field of agriculture so that no harmful effects to the people should be caused by using pesticides or medicines on the crops.

Go For Western Economy With These Pioneering